Banaras is my home town and I try to visit my family, at least once in every year. This March I was there for a week. My brother asked me to experience the Ganga Arti. So we planned to be there for the Arti. Normally people go for the Arti in the evening though it happens in the morning as well. The evening arti is much elaborated one and it is one of the tourist attractions too.

It was almost 6 in the evening. People were gathering for the Arti. The preparation was in full swing. People go there to witness it for various reasons. Some of them are local devotees, few of them are tourists. Foreigners find it quite interesting and capture it in detail. Indian photographers and bloggers 🙂 are also present in a big number.

Hawkers, flower vendors were all around the place. For Arti they were selling flowers, kids were buying toys and women were buying artificial funky jewelleries of Banaras. Tourists from other countries go there for temporary tattoos. Its so interesting to see those little children talking to foreigners in their own english language. When I asked one girl about what she was trying to sell, she replied “its not for you Indians.” I was shocked and amused at the same time. I was not sure if she found me unable to appreciate her stuff or not capable of paying for her expensive tattoos. Reality check!! We are in India girl!!

Now after this short dialogue, I looked around. They were almost done with the arrangements. People had started sitting on the steps of the ghat. Boats were arranged on pay basis for the people who wanted to experience this whole event from the river side. 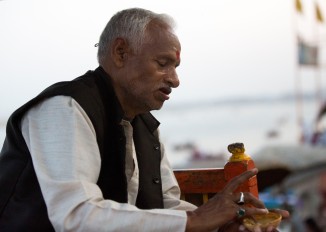 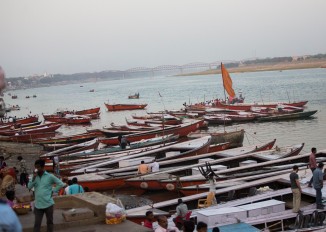 Arrangements for the arti is also a detailed part. Keeping all the varieties of ready lamps, flowers and bells in a perfect order surely is a talent . They are so organised and experienced. 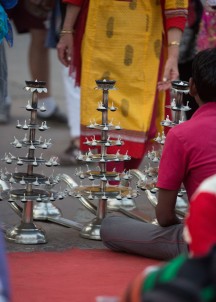 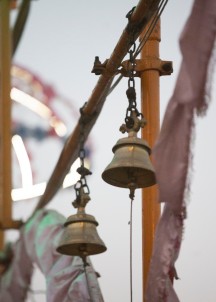 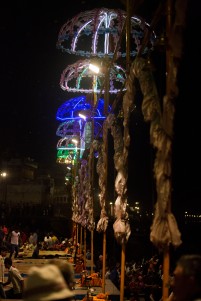 And finally the Arti began. People took their positions. Everyone was so excited. They were going to be a part of a worldwide famous event. So many cameras just peeped out. They even blocked my view though I was sitting on an elevated stage.

People were trying the steal and store these moments in their pictures, write ups and videos. 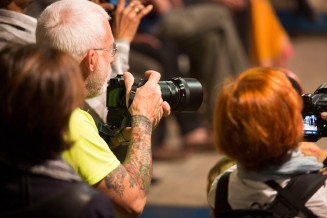 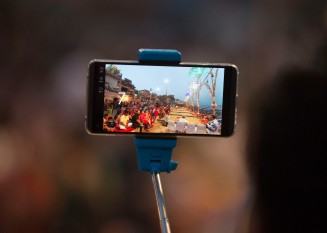 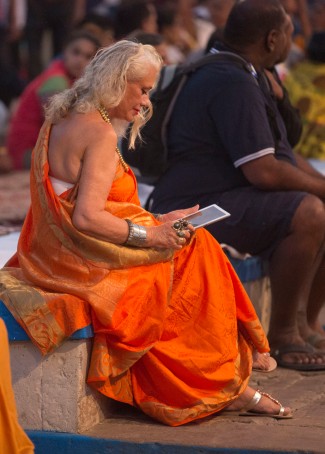 All of sudden the full ambiance was filled with so much positivity. So many priests positioned together started the Arti. It was dark now and their lamps were the only source of light. I just lost myself for few moments. It was a life time experience for sure. Sound of bells was making it more magical. People were sitting with their hands together in Pranaam mudra. Don’t know why but felt tears in my eyes. When feelings can not be expressed in words, they just find the other ways.

Arti had taken charge of every one’s mind. One after another they were performing steps and sacred chants were all over the place. We were just speechless by what we were seeing. 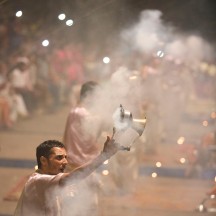 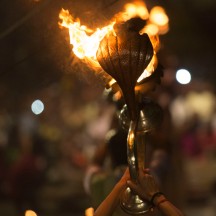 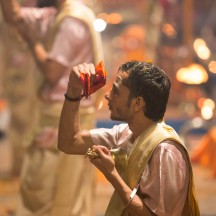 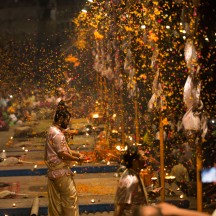 We came back home with a thought, an experience and so many memories. An out of world feeling. Spiritual, religious, aesthetic, what ever it was, it was amazing….Incredible Indian feeling… 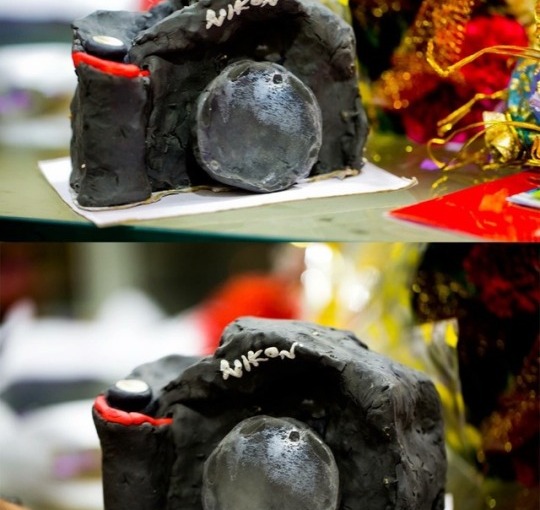 My son gifted me this on my birthday. I was so awestruck. Kids do such things at times which leaves us speechless. Love u kiddos.

Ah so now, it is much talked about, Mumbai rains. Sitting in my home and enjoying the rains with my morning tea. This lil plant is giving me company:). Its so breezy and cool. Finally, Mumbai is growing on me…..